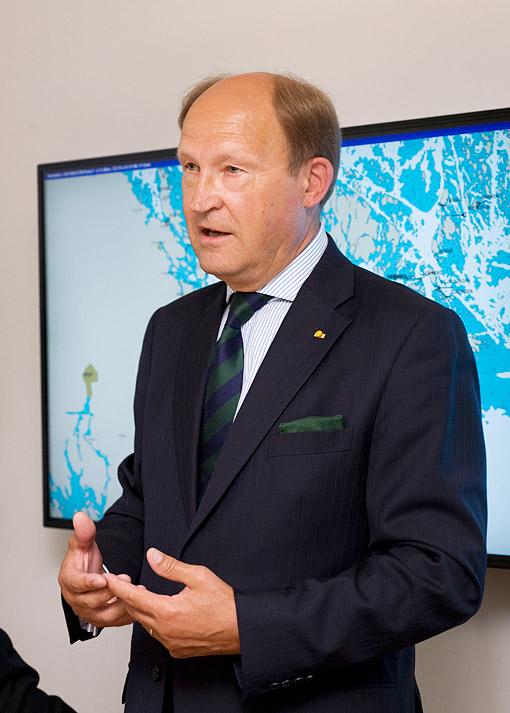 I have been a member of the Board of Directors of the John Nurminen Foundation for ten years, since 2000. During these years, I have had the opportunity to acquaint myself with a number of interesting projects both in the fields of maritime history and environmental activities.

For the last year, I have worked as the Chairman of the Tanker Safety project steering group. The project was initiated when the Board of the Foundation became increasingly concerned over oil transport in the Gulf of Finland and about the fact that the delicate environment of the Gulf of Finland with its abundance of islands could not survive a major oil disaster.

Consequently, the John Nurminen Foundation gathered together experts to come up with more effective ways to prevent oil disasters. Contrary to common belief, the worst problems were revealed not to be in the practices of the Russian ports or aged vessels. The largest oil port on the Gulf of Finland, Primorsk, is very modern and Russian tankers are on average seven years old with a double hull. Instead, the biggest risk was found to be the increasing traffic and control of maritime traffic. Over the last few years, the volume of oil traffic has increased exponentially. A special risk is caused when high-speed vessels operating between Helsinki and Tallinn cross the sea-lanes of slowly turning tankers.

The aim of the Tanker Safety project is to introduce safety measures familiar from aviation to the seas.It is our aim that by 2013 all tankers sailing on the Gulf of Finland will be equipped with an Internet-based two-way navigation service.We have given this service the name ENSI or Enhanced Navigation Support Information. In the system, the bridge of the vessel will send a route plan to be approved by the vessel traffic centre controlling traffic on the Gulf of Finland. The ‘air traffic control’ of the seas will make real-time monitoring of routes into a preventive activity. Correspondingly, the service will provide tankers with required information, for example, about the weather, icebreaker movement and ports.

Key actors in the maritime sector are participating in the project, including shipping companies, authorities and a research institute. Neste Oil has provided the opportunity to pilot the system on its tankers. The most significant official cooperation partners include the Finnish Transport Agency and the Finnish Transport Safety Agency. The Tanker Safety project is an excellent example of cooperation between public and private sectors and a project complying with the intelligent traffic strategy of the Ministry of Transport and Communications.

We have already presented the project to many bodies outside of Finland as well and hope that the service will spread from the Gulf of Finland to all the seas of the world. We believe that prevention of oil disasters is by far more economical and cost-effective than oil-spill recovery, especially during the winter and in icy conditions, a good thing to remember now that winter is again almost upon us.

Member of the board, John Nurminen Foundation and Chairman of the Tanker Safety project steering group