In early December, I headed out on an outing to the tip of the Porkkalanniemi peninsula. Even though we were almost at the end of the year, freezing temperatures had not yet shackled the rolling whitecap waves under a lid of ice. In the bleak light of winter, the Baltic Sea appeared to be strong and healthy. The water was cold and clear. At that very moment, it was difficult to grasp how poor the status of the Baltic Sea actually is.

Watching towards the open sea from the cliffs on the shore I wondered why the environmental problems related to the sea do not have the same visibility as changes that happen on land.  Let’s think of oxygen depletion in seabeds, for example.  Eutrophication has expanded the anoxic areas of the seabed, which have, for all practical purposes, become underwater deserts. In vast areas the fauna and flora of the seabed are not yet completely dead, but hanging on to their last lease on life. Had a phenomenon as dramatic as this occurred on dry land, we would consider it to be a horrifying ecological disaster. But problems of the sea remain underwater. Out of sight, out of mind. Blue-green algae blooms have at least one thing going for them: they make the importance of Baltic Sea protection visible every year, at least for a moment.

On Boxing Day, we decided to make a maritime visit to the Störsvik nature protection and recreation area in Siuntio. At that time, the Sea was beautiful and peaceful. Winds had died out, and we could hear ducks calling somewhere further on in the open waters. In the sandy seabed by the shore we could see marks left by swan flippers. From a less than 100-metre stretch of the shoreline, I collected a bagful of plastic trash. I thought about the attitudes and behaviours behind littering. Negligence, laziness, and above all irresponsibility.  Passers-by who throw an empty bag of chips or a chocolate bar wrap to the sea apparently do not understand what the consequences of their actions are in the bigger picture. Surely a piece of trash thrown by one person will not affect the status of the Baltic Sea in any way? But the fact is that there are quite a few of us around the same, almost closed-in pool of brackish water.  Approximately 15 million inhabitants of the countries around the Baltic Sea live within a 10-kilometre radius of the shoreline, and 29 million live within a 50-kilometre radius. Small actions accumulate, and in the worst case, the Baltic Sea is drowned in plastic trash.

There is no reason to become despondent, though.  And actually that is something we cannot even afford to do. We have reached good results in Baltic Sea protection, and they are becoming manifest in the improvements we witness in the status of the sea. In the past couple of decades, our work has moved on from the things that are easy to fix towards issues that are increasingly complex and difficult. Right now, reducing nutrient discharges from agriculture is one of the most important topics in Baltic Sea water protection. With gypsum treatment, we can efficiently prevent phosphorus runoff from fields, but even this procedure does not remove the root cause of the problem.

In the pig and poultry farming hubs of southwest Finland, vast amounts of manure pile up, and it is not economically viable to transport the manure elsewhere. Because of this, the nutrients in the manure also accrue in a limited area, where surplus nutrients leach via ditches and rivers into the Archipelago Sea and the Bothnian Sea, increasing their nutrient load. One suggested solution has been to utilize manure in biogas production. This would create valuable renewable energy, but after the gas production process, the nutrients would still be there. We would be facing exactly the same problem as before.

Currently, the John Nurminen Foundation is looking for animal and plant farmers to join its Manure Recycling project, which aims at finding solutions for the problems caused by manure concentrations in certain areas. In addition to stakeholders who supply and receive manure, what is needed in the equation is manure treatment, logistics, and a monetary incentive. How big an incentive is enough to get the manure moving, and where should it be targeted? For this, I hope we will receive answers during the next couple of years. At the same time as the project creates tangible water protection results, we accrue valuable information that can be used in the development of agricultural support systems. We have been delighted to see that our call for applications has sparked a great deal of interest at farms. This speaks of the eagerness amongst agricultural producers to take part in saving the Baltic Sea. Our cooperation seems to be off to a great start. We can indeed look forward to the year ahead with our hearts full of hope!

One of the latest additions to the ranks of the John Nurminen Foundation is Mikko Peltonen, PhD (Forest Science), who coordinates the Coastal Reed Project and explores new ideas that could develop into new projects in the future.

Mikko has built a long career as Research Director at the Finnish Ministry of Agriculture and Forestry. He has a wide range of experience in issues relating to the sustainable use of renewable natural resources. Mikko has a master’s degree in forestry and a PhD in forest science.

Mikko is a dynamic and insightful project manager and a supportive and inspiring colleague. In his spare time, Mikko enjoys long walks with his dog and experimenting with game recipes, in addition to which he plays bass in a blues rock band. 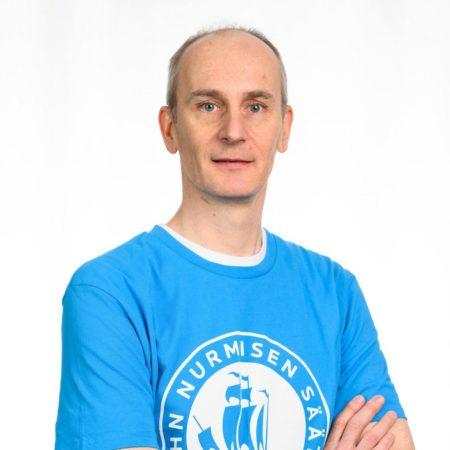 Manure Recycling Project
Manure Recycling Project
The objective of the Manure Recycling project is to improve the regional nutrient balance of food production, and reduce nutrient discharges to the Baltic Sea.
Read more
Manage Cookie Consent
When you visit our site, you can choose whether to accept cookies. Furthermore, you can withdraw your consent during the browsing session via the cookie policy menu at the bottom of the page.
Manage options Manage services Manage vendors Read more about these purposes
View preferences
{title} {title} {title}