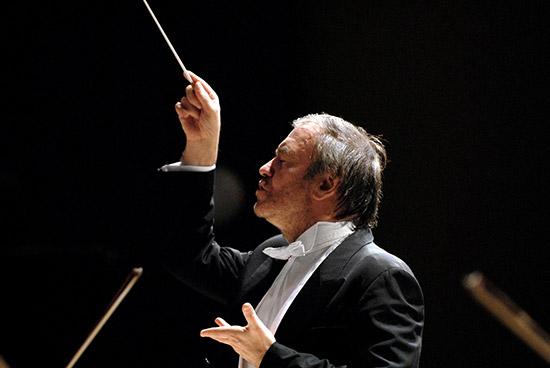 On 26 February 2013, inspired by the effort to protect the Baltic Sea, Valery Gergiev, Artistic Director of the Mariinsky Theatre in St. Petersburg, and Krzysztof Jablonski, pianist, will appear in the Helsinki Music Centre for the very first time. The programme features Piano Concerto No. 1 by Pyotr Tchaikovsky, and Symphony No. 1 by Jean Sibelius. All proceeds from the concert will go to the Clean Baltic Sea projects, i.e. the projects reducing the phosphorus load of the Baltic Sea area, and the deployment of the ENSI service, which diminishes the risk of oil spill accidents in the Gulf of Finland.

At the Clean Baltic Sea concert, Valery Gergiev conducts the Helsinki Philharmonic Orchestra as a pro bono donation to the John Nurminen Foundation. The Baltic Sea has been close to Valery Gergiev’s heart for a long time. In 2010, he met Juha Nurminen, the founder and Chairman of the Board of the John Nurminen Foundation, and was convinced of the results the Foundation’s Clean Baltic Sea projects have been able to achieve also in his home town of St. Petersburg. Initially, Gergiev was introduced to the protection of the Baltic Sea by the conductor Esa-Pekka Salonen. Both conductors were involved in setting up the Stockholm Baltic Sea Festival in 2003, and continue to perform there annually.

‘With music, we can draw attention to the problems of the Baltic Sea. It is important that we utilise each and every opportunity to speed up the progress. I am very happy to be able to donate my experience and my network to the John Nurminen Foundation, and the concert in Helsinki is one realisation of my long-term goal of being involved in work of this kind’, explains Gergiev in St. Petersburg.

The Polish pianist Krzysztof Jablonski also performs at the concert as a pro bono donation. Jablonski, a prize winner at the 1985 Chopin International Piano Competition, has toured internationally since 1985. He teaches in Poland, Canada and Japan, and is a judge in various prestigious international piano competitions. He is a professor at the Fryderyk Chopin University of Music in Warsaw. ‘I have lived in Canada for 14 years, but my heart will always belong to Poland, my native country and the home country of my family, where I perform and teach regularly. For me, it is a great honour to perform with maestro Gergiev, and thus support the John Nurminen Foundation’s important projects that help save the Baltic Sea.’

During the concert, the audience has an opportunity to dive beneath the surface of the Baltic Sea: guided by the underwater photography of Jukka Nurminen, new depth is added to the musical experience. Nurminen has donated the photographs to the John Nurminen Foundation for use at the Clean Baltic Sea concert. ‘With my photographs, I try to make people realise the uniqueness of marine nature in the Baltic Sea, and, as a result, take action to protect the sea.’

The John Nurminen Foundation organises the Clean Baltic Sea concert in order to raise funds for its concrete and cost-efficient projects that promote the protection of the Baltic Sea, and also to underline the urgency of measures required to protect the Baltic Sea. The target for the concert is to raise €75,000. Revenue from ticket sales will go to the Foundation’s Clean Baltic Sea projects. The rent of the Music Centre and other costs related to the venue, the fees of the Helsinki Philharmonic Orchestra, travel costs for the artists, and concert production, sales and marketing costs, which will be kept as low as possible, are deducted from ticket sale proceeds. The Foundation has also applied for external support to cover the costs of the concert.

Tickets are on sale at Lippupiste sales points, and they are priced from €40 to €150 (+ service fees, if any).