‘Today, boaters and sailors – the major consumers of the sea – have been roused to discuss and fight for the indispensable but threatened sea. My heartfelt wish is that this ‘revival’ was not born too late. All of us need to fix our attitudes and ask ourselves again and again if there is still something more we could do for this cause.’ 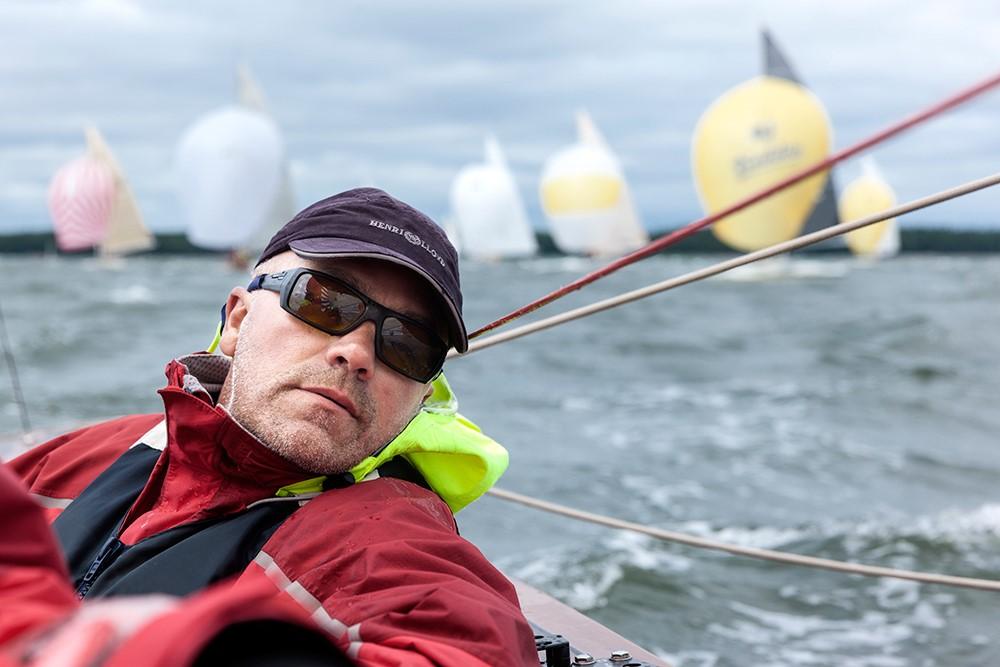 My first childhood memories are from Jollas: we lived by the sea, and I was learning to swim on the beach near our home. Once, the water was higher than normal, and I was suddenly unable to reach the bottom as I waded through a familiar cove. On that day – I think I was six at the time – I learned to dive. The following week I was able to keep afloat, and from there on I never looked back.

When my family went sailing, I was usually the youngest of the bunch, much more likely to be scared than enjoying myself. Consequently, I’ve always had an in-built respect for the power of the sea. I think this fear is at least partially well founded. My father did not learn to sail before he was an adult, we, the kids were still small, and my mother was always focusing on upkeep tasks when we embarked on our first sailing vacations with our folkboat. Later, as I and my family became more adept, my memories consist more of wonderful recollections and experiences.  For a child, swimming and playing in the water were the eternal dream: if only the water had not been mostly too cold. But the cleanliness of the seawater was something we never needed to discuss.

During my year in Austria as an exchange student (1981-82), I learned to what degree the sea had become an important element in my life. I fell in love with the Alpine views, rapids and lakes of Upper Austria, as well as the humane and friendly lifestyle of its countryside, but still always felt that something was missing. Once spring arrived, I understood what I had been missing. The smell of the sea, the horizon, and the opportunity to set myself free for the wind and the waves to carry. Not even the finest mountain vistas could replace this unique sensation that you can only experience in and by the sea.

For decades, I have been a major consumer of the Baltic Sea and of seas in general. Sailing in the archipelago, active competitive sailing, vacationing in the marvellous Finnish archipelago and reaching island destinations through breath-taking views are essential components of my annual battery recharge. These activities, coupled with wonderful memories from the summer, have a key role in my survival during the long and dark winter. It has been many years since I really enjoyed the winter: I could happily become a bear, hibernating through the winter. The summer is filled with energy, light, and joy, whereas in the winter these feelings need to be dug up time and time again from some activity or project. In the summer you can just be and enjoy yourself. As an element of summer, the Baltic Sea is even more essential than the sun. In fact, even the best days of winter are spent outdoors on ice-covered sea.

One cheerful memory from my bachelor years involves sailing across the Sea of Åland from Mariehamn to Sandhamn and Sweden. We had participated in six metre competitions in Hanko and Mariehamn, and had the Sandhamn regatta still ahead of us.  We were joined by two other Finnish six metres. In the nightclub of the Arkipelag Hotel, we made the decision to leave early in the morning. The reason for our early departure was our slightly deficient navigation equipment. We believed we could find our destination with a compass and a map, but thought we would ensure our sail would be carefree by leaving well ahead of the ferries to Sweden. At the point when the Åland coastline had disappeared from the horizon but the Swedish coast was not yet visible, the ships reached us from the aft, giving us directions to the entry fairways of the Swedish archipelago for quite some time. The sun was shining and the music was playing as we sailed with our spinnaker, enjoying the fair winds and the great atmosphere. Well before dark we moored in front of the famous Pub Almagrundet, by the KSSS jetty. We were once more ready to continue our great sailing party.

One particularly unpleasant memory I have is of crossing the firth of Porkkala in September-October. Since our departure from Helsinki early in the morning, northern winds had risen to 16 m/s. With just a foresail, our six metre sailed at a steady 7-8 knots, with water flying on the deck and even to the bilge. When the floor boards started floating inside the boat, we realised our automatic pump had stopped working.  There were only two of us in the boat, with one person fully occupied with keeping the boat on its course. We took turns with the manual pump, but the water surface was not getting any lower. Actually it was doing the opposite. The pump’s back pressure valve had reached the end of its road, and, at first, the water was going in the wrong direction. After a mighty battle, lasting minutes that felt much longer, we managed to get the pump working again, and with us taking turns, the boat that had been seriously filling with water began to be emptied of it. Squatting on the floor boards, the person who was pumping would continuously be washed over by the waves; we were both soaking wet, and more or less frozen in spite of all our layers of clothing. As we drank a hot cup of coffee from our thermos and enjoyed a drop of cut brandy by the Bågaskär maritime rescue centre, we felt that life will yet prevail.  Ten hours after our departure from Lauttasaari we slouched on, like wet dogs, through the Hanko Baltic Sea gateway to the sauna of our host. This time, it had taken a mighty battle to beat our dear opponent, the Baltic Sea… Still, our minds were wistful, as we had the long winter ahead of us.

The change I have observed in the status of the Baltic Sea has been intense and somehow surreptitious.  It was not long ago when we used to boast to people abroad how the nature in Finland, including the sea, is wonderful and clean. At the same time, we were all destroying the Baltic Sea to the effect of it being today called the sickest sea in the world.

I remember being first shocked by blue-green algae in the late 1990s. Even then, I did not fully understand its significance. The algae phenomenon was seen as an accidental, one-off incident. We did not know enough, or at least did not understand enough. We have thrown all kinds of things to the sea that don’t belong there. For a long time, septic tanks were considered to be uncomfortable and useless. Today, boaters and sailors – the major consumers of the sea – have been roused to discuss and fight for the indispensable but threatened sea. My heartfelt wish is that this ‘revival’ was not born too late. All of us need to fix our attitudes and ask ourselves again and again if there is still something more we could do for this cause.

When we were younger, my generation was still able to enjoy the clean waters of our coastline. For future generations, this is far from obvious. In fact, the opposite seems more likely. Working for the Baltic Sea means working for the better future of our children and our children’s children. Irresponsible actions equal destroying the future for our own children. I do not think anybody needs to look for motivation beyond this fact.

Do not think who is most to blame, or who should do the most to save the Baltic Sea. We need everyone’s input. Actions are born from new attitudes, support to this change, setting good examples, and doing deeds that may seem small.