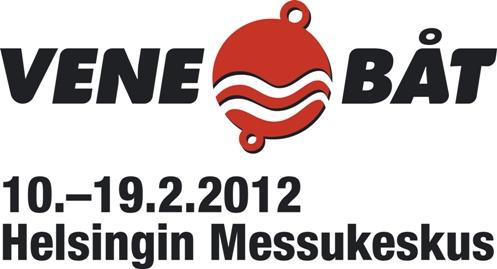 The Tanker Safety project, which mitigates the risk of oil spill accidents in the Gulf of Finland, is now reaching its implementation phase. The Tanker Safety project will create the Enhanced Navigation Support Information service ENSI®, i.e. a forecasting vessel traffic guidance service that will deliver tanker route plans to vessel traffic control.

Specification work for the ENSI service, led by the John Nurminen Foundation, was completed in the autumn of 2011. After completion, final results were delivered to the Finnish Transport Agency, which owns the service. In early 2012, the service concept is tested by users at the Aboa Mare Maritime Education centre. The implementation of the ENSI portal, which begins in February 2012, will incorporate the feedback received from the user tests. The portal is estimated to be ready for testing in the autumn of 2012. This year the project will also continue to secure the commitment of key commercial players, especially shipping companies, to its targets. The productisation and commercialisation of ENSI terminals will move forward simultaneously. Tanker bridges will be provided with the option of accessing the service not only with traditional computers, but also via tablet devices. The goal is that tankers sailing the Gulf of Finland will commission the ENSI service during 2013.

The project’s focus is in the prevention of oil spill accidents, not in costly damage control. With the ENSI navigation service, it is easier for oil tankers to access information on weather, ice, or other exceptional conditions impacting their route. Information that is most crucial to tankers is organised on the portal per each route. Thus, all key data related to the route is available from one view. As a result, the service enables improved forecasting vessel traffic control, and reduces the number of navigation mistakes due to human error. The Finnish Transport Agency will also introduce the project to the marine traffic authorities of other countries so the service can later be expanded to the regional waters of other countries.

Get to know the Tanker Safety project at the exhibition

The Helsinki International Boat Show is organised at the Helsinki Exhibition & Convention Centre on 10-19 February 2012. The exhibition is the largest boating event in Europe. At its stand, the John Nurminen Foundation presents the Clean Baltic Sea projects which, in addition to the Tanker Safety project, include various projects that reduce phosphorus emissions in the Baltic Sea area. The stand will also host an exhibition of underwater photography by Jukka Nurminen.

Moreover, you can browse and purchase the Foundation’s non-fiction publications on maritime history and culture. The stand will also showcase a binnacle from the Foundation’s collection of marine antiquities.

Sailing around the world today and in the past (Secretary General Erik Båsk, John Nurminen Foundation, and Eero Lehtinen, around-the-world sailor)

Erik Båsk, Secretary General of the John Nurminen Foundation, interviews Eero Lehtinen, a three-time around-the-world sailor. Eero Lehtinen wrote the preface to the Foundation’s Finnish edition of the book ‘The Circumnavigators’ (‘Seitsemän meren purjehtijat’), published in the autumn of 2011. The book brings to life five centuries of sailing around the world. It touches on the history of sailing around the world, and the key people who have accomplished this task. It also discusses the role of Finnish sailors in the history of sailing around the world. Moreover, Eero Lehtinen will explain which aspects of his sailing experience he found to be similar to those of his predecessors. The book, by Derek Wilson, was translated from English to Finnish by Juha Ruusuvuori.