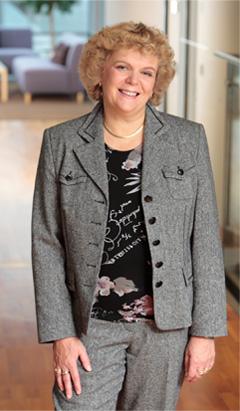 The Baltic Sea plays a major role in the life of Kirsi Sormunen, Vice President of Sustainability at Nokia. She has lived most of her life in the proximity of the sea in Espoo and enjoys exercising by the sea in many ways. In the summer she goes swimming from the many sandy beaches in the Helsinki metropolitan area, while in the spring and autumn the seaside roads are ideal for long walks or bicycle trips. And the best part of winter for Kirsi is the magnificent skiing trips on the frozen sea. In addition to outside recreation, Kirsi is a friend of Finnish fish. She is happy that, at least so far, our sea is not running out of fish.

Kirsi believes that it may come as a surprise to many that the Baltic Sea is currently one of the world’s most polluted seas. She came to realise the current state of the Baltic Sea in June 2003 while on a family trip on a ship from Helsinki to Tallinn, Estonia, after a four-year secondment abroad. Instead of the magnificent views and clear waters of the previous trips, the ship burrowed through thick algae sludge through which the water was barely discernible almost all the way. This experience made Kirsi think about what she could personally do to promote protection of the Baltic Sea. She believes that the struggle to save the Baltic Sea from ‘dying’ requires the input of the States, enterprises, farmers, seafarers and private citizens.

Nokia started supporting Clean Baltic Sea projects from the very beginning. This seemed like a natural thing to do for a company that has earlier invested in the preservation of the Baltic Sea. Nokia appreciates the concrete goal-setting and long-term effects in the environmental protection projects it supports and both of these are well realised in the work of the John Nurminen Foundation. Supporting similar environmental protection projects is a part of Nokia’s corporate responsibility operations in all its countries of operation.