For centuries, the Baltic Sea has served the inhabitants of its coastline as a food larder, a provider of relaxation, and a pathway to the world: it continues to be important to us, and is always close to our hearts. As we enjoy the opportunities provided for us by the Baltic Sea, we must also remember to take care of its unique ecosystem, including all the species the Baltic Sea is home to.

The diverse ecosystem of the Baltic Sea is a mosaic of interlinked but different habitats, resembling a giant puzzle with countless pieces. The meadows of common eelgrass, swaying beneath the waves, and the thick underwater forests of bladderwrack on rocky seabed are great examples of habitats of the Baltic Sea on which various other species are dependent. Like many other Baltic Sea underwater habitats, they are endangered and even in danger of disappearing. The reduced number of key habitats is a threat to the existence of all species that depend on them, and vice versa – by protecting the key habitats, we can ensure the existence of several other species.

The underwater nature and status of the Baltic Sea has been surveyed extensively only in the past few years. In Finland, in surveys conducted by the VELMU programme (The Finnish Inventory Programme for the Underwater Marine Environment), the most important marine nature areas on our coastline, in terms of diversity, were listed (so-called significant marine underwater areas or EMMAs). It is worth noting that most of the significant sites and of e.g. the reproductive areas that are important to our fish stocks are located elsewhere than in the areas that are currently reserved for underwater nature protection.

The greatest threat to endangered habitats of the Baltic Sea is the Sea’s eutrophication. Climate change also changes the conditions of the Baltic Sea – for example salinity, temperature, and oxygen levels – in a direction that is less favourable to the majority of its inhabitants. As a result of climate change, increasing rainfall and milder winters increase nutrient discharges from land, at the same time further accelerating eutrophication. The seas are efficient in slowing down climate change when they retain carbon dioxide from the atmosphere, but at the same time, their waters are acidified.  Changes in conditions can be fatal to the organisms of the sea, as the current speed of change exceeds their ability to adapt.

We need nature and we are a part of it: we cannot live without clean water, nutrient cycling, and the oxygen created by nature’s ecosystems. The versatility of life, i.e. biodiversity, maintains the functions of the ecosystems. Globally, the greatest threat to life’s diversity is the increasingly rapid disappearance of natural environments. Humans are using the Earth for their own purposes with unforeseen efficiency: for example, of the biomass of all mammals living today, 36% is human, and 60% cattle belonging to humans, while the share of mammals living in nature is only 4%. As a result of our activities, the ecosystems of the Earth, including our Baltic Sea, are threatened.

Work to prevent the eutrophication of the Baltic Sea has been successfully targeted to measures that can achieve efficient and measurable reductions in the nutrient load of the Sea. At the same time, we improve the preconditions that allow the valuable habitats of the Baltic Sea to be preserved.  Also, creating nature reserves in areas that are most crucial for biodiversity would be of the utmost importance not just for their preservation, but also an investment that makes sense. When protection effort is targeted correctly, the resources we use can achieve the greatest possible benefit both for humans and for nature.

In the puzzle made up of nature’s ecosystems, each piece is somehow connected to the others, and therefore important. A large share of the connections are of a kind we do not yet know – which is why it is also so difficult to assess the long-term impact of the changes we have caused. We should be able to protect the remaining natural habitats better. As this change is ongoing, we can still make a difference. In the Baltic Sea, we need efficient protection measures to save its unique species and habitats, to stop eutrophication, and to curb the impacts of climate change. Preserving the diversity of nature, both underwater and on the surface, is not just another admirable objective amongst others – it is a prerequisite for the survival of life, and even of our own species.

Miina Mäki, M.Sc., joined the Foundation’s Baltic Sea Rescue Forces in 2007, when she worked e.g. wastewater discharges from St. Petersburg and Poland in the Foundation’s first phosphorus removal projects. These projects required not only perseverance, patience and negotiation skills – but also a enduring nose. As her most recent projects, Miina has piloted a five-year Local Fishing Project (2014–2019) and a three-year EU-funded SEABASED project that ended in spring 2021, which has looked at ways to alleviate the nutrient load within the Baltic Sea. In addition to her work as a project manager, this foundation’s Baltic Sea expert participates in a variety of ways in the planning and implementation of the Foundation’s communication and environmental education content.

Miina, who has been trained as a marine and environmental biologist, knows the secrets of the sea above and below the surface. As part of her training as an underwater researcher, she has also dived below the surface. The diverse Miina’s graphic and literary skills have aroused admiration across the board. In her free time, Miina goes out and hikes in nature and delights her friends with pictures and remarks from all seasons, and cherishes her diverse selection of plants both at home and in the cottage garden. As an evening activity, she has also written the Snufkin’s Fish Book, which was published in March 2021 (WSOY). 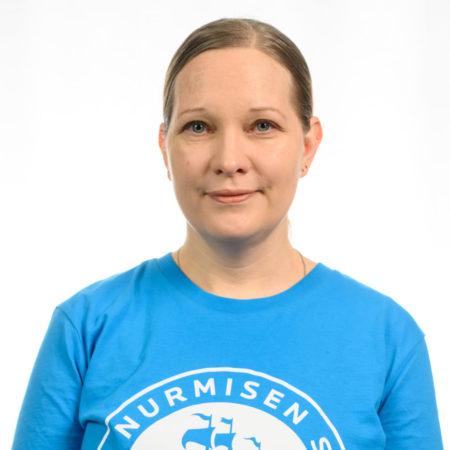 Parliamentary Elections 2023
Read more
Manage Cookie Consent
When you visit our site, you can choose whether to accept cookies. Furthermore, you can withdraw your consent during the browsing session via the cookie policy menu at the bottom of the page.
Manage options Manage services Manage vendors Read more about these purposes
View preferences
{title} {title} {title}