Today, the international Project NutriTrade will publish three policy recommendations concerning the Baltic Sea protection. They introduce an innovative protection measure; examine how it could be promoted in practice and suggest developing more flexible regulatory tools.

Following the recommendations can improve the condition of the Archipelago Sea and the entire Baltic Sea.

The first recommendation presents a new method that can be applied in agriculture to protect waters by treating fields with gypsum. Reduction of agricultural phosphorus loads play a key role in the protection of the Baltic Sea and gypsum amendment is at the moment be the most efficient way to achieve this.

Use of gypsum has been studied in a large scale pilot in the River Savijoki catchment*, and it has been found to cut agricultural phosphorus load by instantly by about 50 per cent. The method is suitable in southern Finland on as much as 540,000 hectares of field. This would reduce phosphorus emissions into the Baltic Sea by 200–300 tonnes, which almost corresponds to Finland’s reduction target in the Helsinki Commission.

Gypsum application should be tested also elsewhere around the Baltic, such as in Denmark, Poland, Sweden and Estonia. According to preliminary estimates, gypsum treatment of fields could reduce phosphorus load from agriculture into the Baltic Sea by about 25 per cent, that is, by 1,500 to 2,000 tonnes.

The gypsum amendment is not only an effective but also a relatively cheap way to improve water quality.

Gypsum treatment should be included in agricultural support schemes

Project NutriTrade’s second recommendation emphasises that in order to achieve the water protection benefits, the gypsum amendment should be included in the agricultural support schemes starting with the next programme period 2021. Right now is a suitable time to start the preparation work for this inclusion. The key actors in this work are HELCOM, the EU member states and the European Commission.

“We are in favour of extensive government-supported treating of fields with gypsum as a water-protection method. Without it, implementation will be left to individual projects and initiatives, and large-scale water-protection benefits will not be achieved,” says project manager Anna Saarentaus at the John Nurminen Foundation who is the head of Project NutriTrade.

Gypsum tests have been positively received by farmers.

“Treating fields with gypsum in southwestern Finland was a positive experience for the local farmers who participated in the pilot. No adverse effects on the crop yields, soil or aquatic organisms were detected. An important benefit of the gypsum amendment is that it does not reduce the area under cultivation,” says project coordinator Eliisa Punttila of the University of Helsinki. 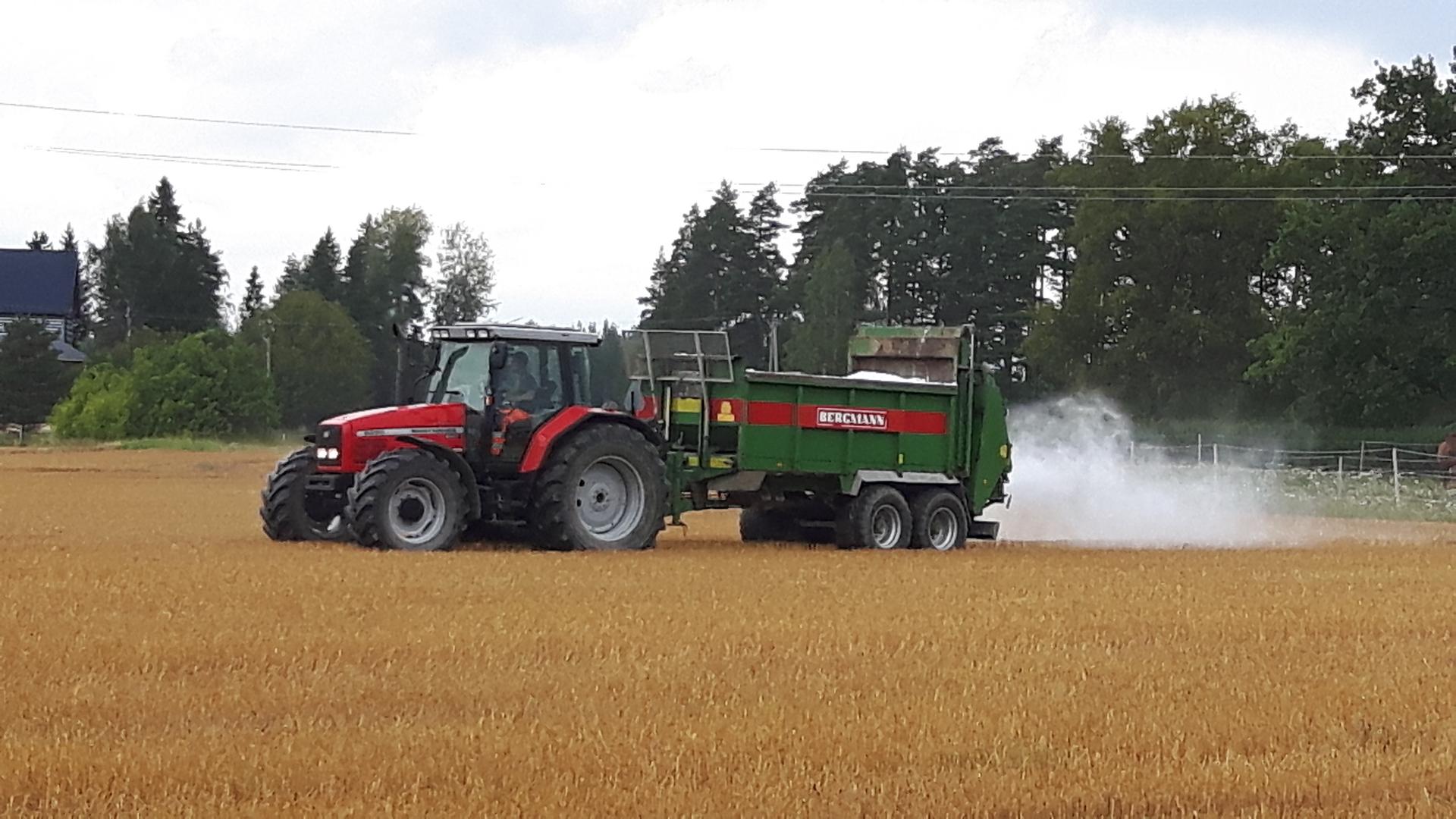 Companies to contribute to cleaning the Baltic Sea

In future, utilisation of nutrient compensations should be compatible with environmental permit systems. Environmental permit applicant would have two alternative methods to compensate for emissions: either by implementing the corresponding amount of emission reductions in the water body or to pay someone else for implementing them. The need for such flexibility is created by an interpretation of the EU directive.

“Water protection within the EU is harmonised by the Water Framework Directive. Few years ago, the European Court of Justice interpreted that its water quality standards are legally binding in what is known as the Weser ruling. If an economic activity increases pollution that poses pressure on critical water quality elements, it cannot be granted an environmental permit. This ruling, which does protect water quality, does not match with constantly changing economic realities and the cost-efficiency required by the Water Framework Directive,” says Senior Scientist Antti Iho of Natural Resources Institute Finland.

The possibilities and preconditions for utilising nutrient compensations with regard to environmental permits are currently being investigated by the environmental administration. The option for utilisation has been or will be introduced into environmental legislation in, for example, Åland Island, Sweden and Denmark.

Project NutriTrade is one of the flagship projects of the EU’s Baltic Sea Strategy. These projects aim at significant reductions in emissions, thereby helping the Baltic Sea to return to a good ecological condition. The greatest amount of funding for Project NutriTrade comes from the EU Interreg Central Baltic Programme. The project is headed by the John Nurminen Foundation in cooperation with Natural Resources Institute Finland, University of Helsinki, Swedish University of Agricultural Sciences SLU and Anthesis Enveco.

Gypsum Project on Åland island
Gypsum Project on Åland island
The project, funded by the John Nurminen Foundation and implemented in collaboration with Rädda Lumparn, encourages Åland farmers to try gypsum as a soil conditioner.
Read more
Manage Cookie Consent
When you visit our site, you can choose whether to accept cookies. Furthermore, you can withdraw your consent during the browsing session via the cookie policy menu at the bottom of the page.
Manage options Manage services Manage vendors Read more about these purposes
View preferences
{title} {title} {title}