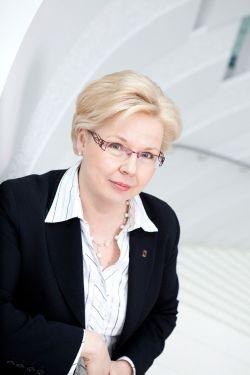 Ulla Rehell, Vice President of Sustainability at Fortum, lives with her family by the sea in Kirkkonummi. The sea and all its seasonal changes are consequently very present in their everyday life. The family owns a sailboat and through sailing the children have learnt to enjoy the sea and nature and to show them respect. Ulla’s family also have other hobbies connected to the sea: diving is popular, while the men in the family are particularly interested in maritime history and wrecks and wars related to it.

In Ulla’s opinion, the Baltic Sea is a unique living environment and its aesthetic and recreational value is impossible to measure in financial terms. For decades, Ulla has spent her holidays with her family in the outer Inkoo archipelago and considers eutrophication the worst problem of the Baltic Sea. Like so many other Finns, she was first introduced to the problem in the so-called Pea Soup Summers of the late 1990s. She remembers particularly well the summer of 1997 when it was almost impossible to find water fit for swimming.

Fortunately, the state of the Baltic Sea has improved since then, even though the situation is still not good enough. However, each of us can affect eutrophication by ensuring that wastewater as well as refuse and solid waste are appropriately treated. Ulla especially wishes that seafarers would pay attention to emptying their septic tanks in an appropriate manner and use phosphate-free detergents.

Fortum’s activities are focused on the Nordic countries, Russia, the Baltic countries and Poland. The Baltic Sea is the connecting factor of the Fortum’s area of operation and consequently Clean Baltic Sea projects are well-suited partnership projects as a part of responsible corporate citizenship. Since experts agree that the fastest and most cost-efficient method of improving the condition of the Baltic Sea is to intensify the phosphorus removal in the wastewater treatment plants located in its catchment area, it is natural that the support given by Fortum is focused in Poland, which is responsible for approximately one-third of the phosphorus load to the Baltic Sea. Ulla says that achieving significant and clearly demonstrable results is important for Fortum in partnerships. The same goal-orientation is evident in the operations of the Clean Baltic Sea projects – a fact greatly appreciated by Fortum.