The first phase of the Fertilizer Shipping project will survey the best techniques and practices to load fertilizers at harbour and to clean cargo holds, and investigate the true extent of the problem. The next phase will promote measures that reduce discharges throughout the Baltic Sea area, working together with stakeholders such as harbours, harbour operators, shipping companies and fertilizer manufacturers.

Each year, over 44 million tonnes of fertilizers are shipped through the ports of the Baltic Sea and the amount is even increasing. Problems related to fertilizer loading include dusting fertilizer particles, fertilizer ending up in the sea either during the loading phase or with the harbour’s stormwaters, and other practices where dust particles from fertilizers are spread to the environment. Ships usually wash their load in the open sea after a fertilizer shipment. The fertilizer cargo residues left in the hold can end up straight in the sea with wash water. 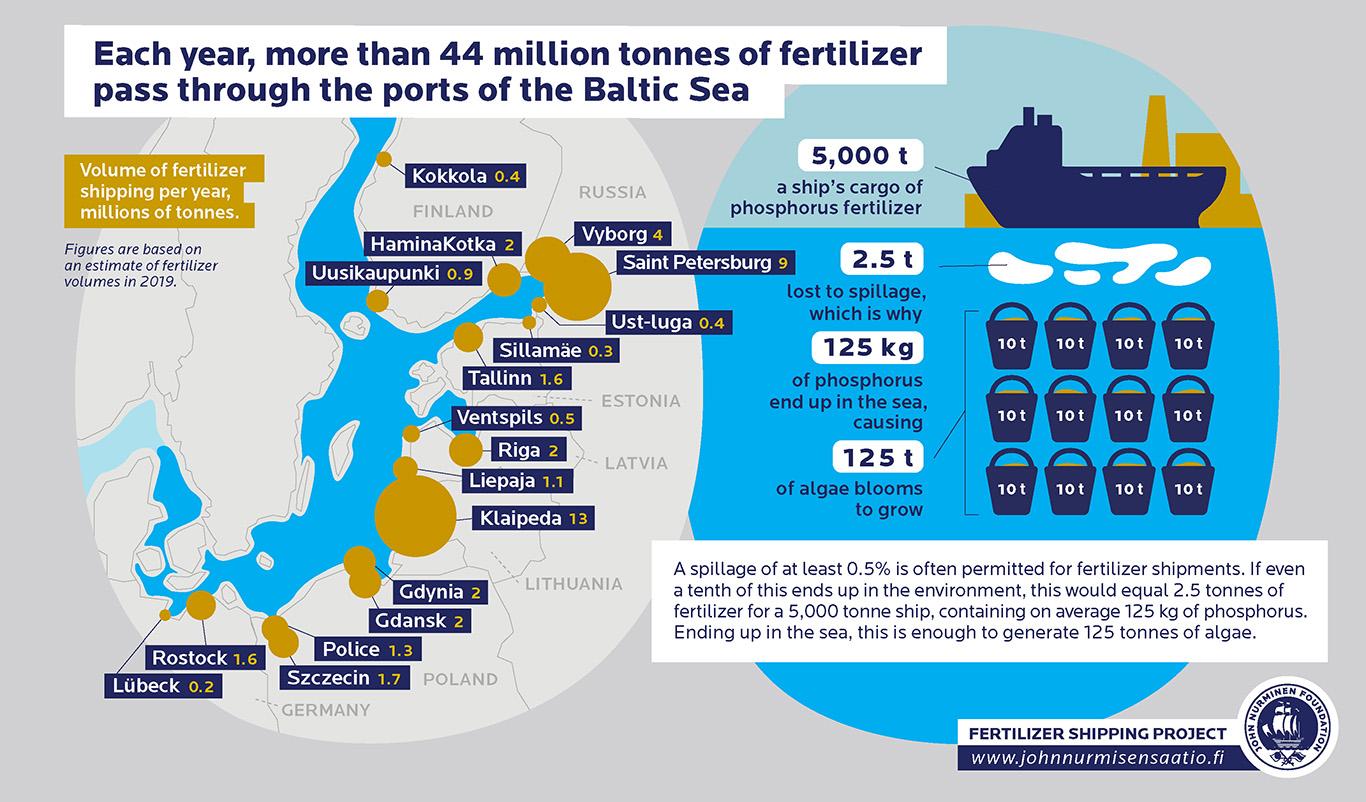 The first phase of the Fertilizer Shipping project will survey the best techniques and practices to load fertilizers at harbour and to clean cargo holds, and also investigate the true extent of the problem. The next phase will promote measures that reduce discharges throughout the Baltic Sea area, working together with stakeholders such as harbours, harbour operators, shipping companies and fertilizer manufacturers. The project will also seek to have an impact on the legislation on waters used for cleaning cargo holds. 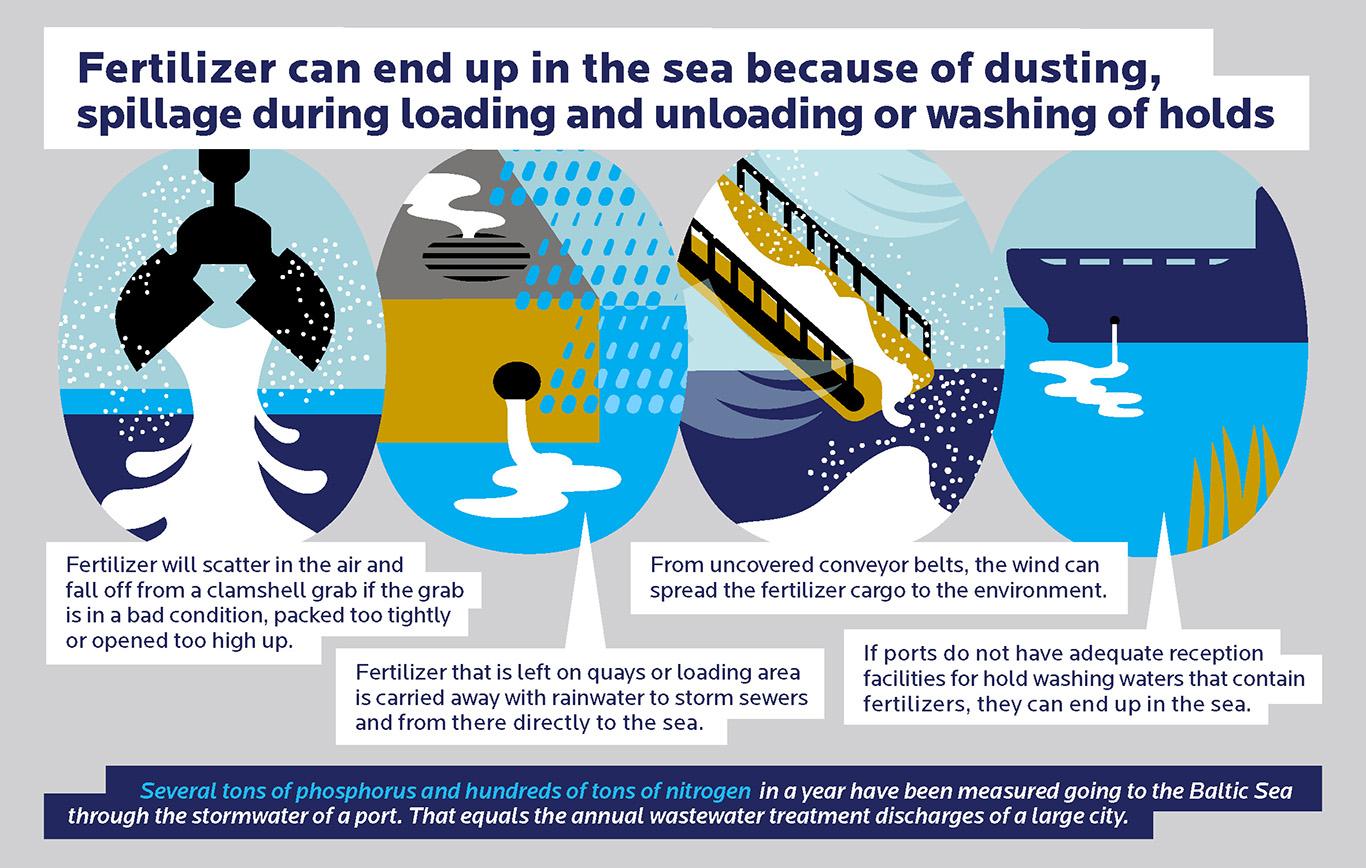 The nutrient discharge risks caused by fertilizer transportation have been highlighted by the Baltic Marine Environment Protection Commission in 2018‒2019. According to even the most careful estimates of the organisation Coalition Clean Baltic, which is active in the Baltic Sea area, nutrient discharges from fertilizer transportation can amount to several tonnes annually. In Finland, the stormwater observations from a fertilizer port indicate that several tons of phosphorus and hundreds of tons of nitrogen might end up in the sea through the stormwater of a port. That equals the annual wastewater treatment discharges of a large city. At the same time, fertilizer discharges can be prevented with simple measures and rather small investments. Thus, we might have here an opportunity to reduce nutrient discharges significantly in a cost-effective way. 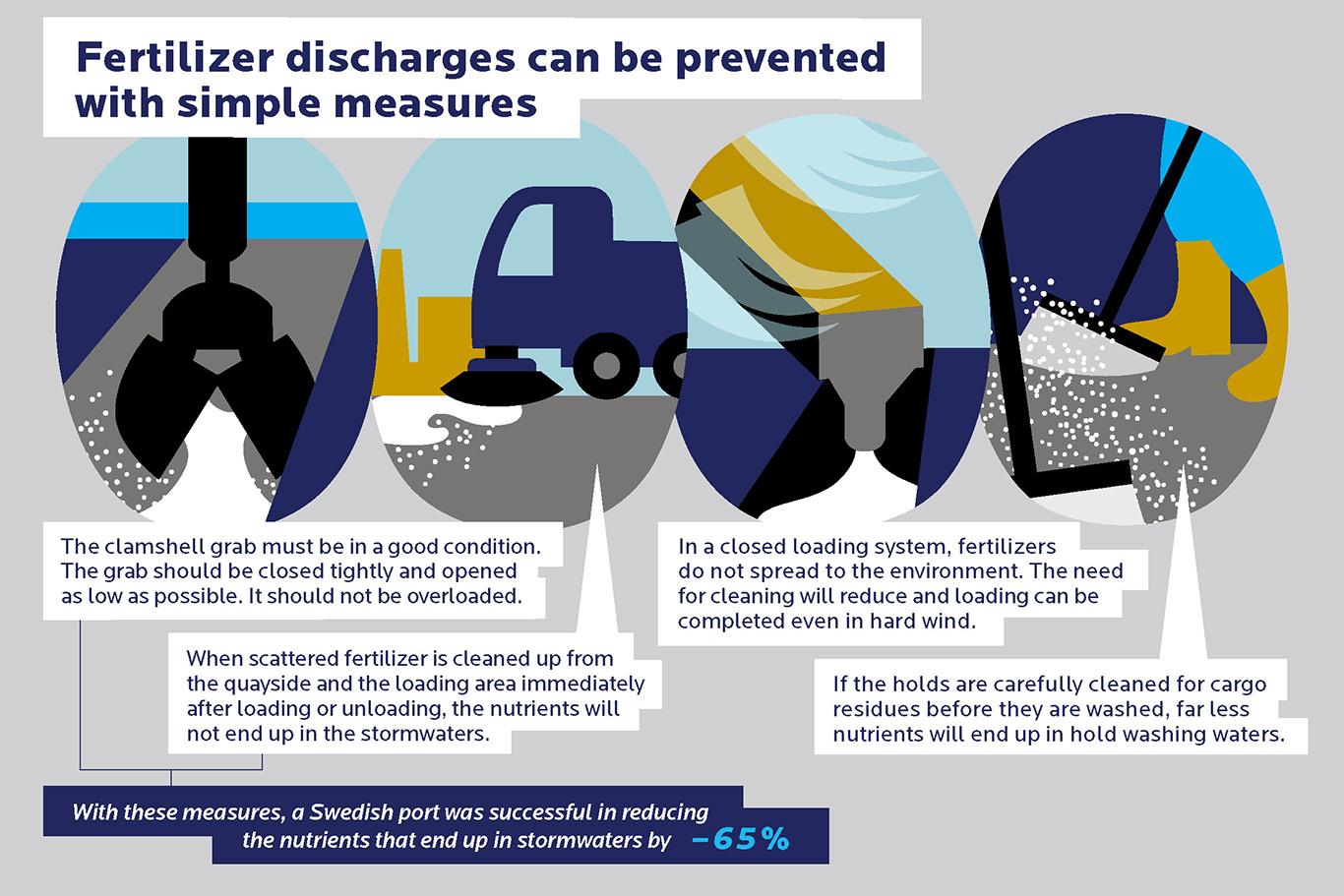 Finland and Russia are the only countries of the Baltic Sea area with their own phosphorus reserves. The Russian companies are global scale fertilizer manufacturers, and their significance to the fertilizer transportation taking place in the Baltic Sea is great. The Fertilizer Shipping project will cover all of Finland and the Gulf of Finland, the entire Baltic Sea area, and, in particular, those fertilizer transit harbours where Russian stakeholders play an important role. Thanks to its earlier projects, the Foundation is very experienced in operating in Russia, and has good contacts to the key Russian stakeholders in the field.

Extensive cooperation, both in Finland and abroad, is a prerequisite for the success of the project. Kirsti Tarnanen-Sariola, Deputy Director of the Finnish Port Association, encourages cooperation: ”Fertilizer spoilage is a typical challenge where we need cooperation between the various stakeholders.” Juha Mutru, Managing Director of the Finnish Port Operators Association, continues: Port operators and cargo owners are aware of current practices, and this is why they are the very people with whom we should be discussing the solutions we need. In Finland, we can already find operators with practices and techniques that take the marine environment well into consideration.”